Quality shower curtain rods, rails & bars for the qualified shower curtain mount. Optionally with ceiling hanger, self adhesive with no holes or extendable telescopic pole or classic screwed with a wall bracket.

Filter
Close filters
1 2 3
No results were found for the filter! 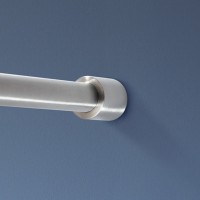 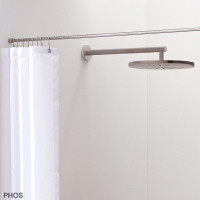 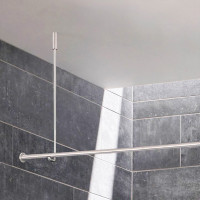 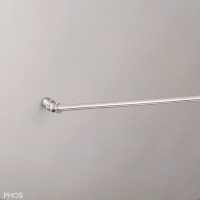 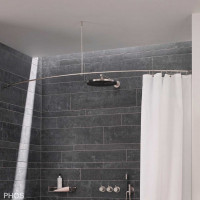 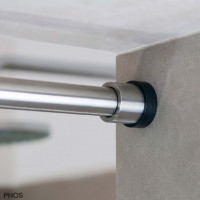 Extendable Telescopic Shower Curtain Bar - Stainless Steel
Top notch quality telescopic shower bar, extendable and made to measure up to 180cm (72") -Made in Germany-
From 120.00€ 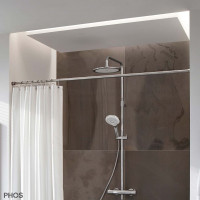 Extendable Telescopic Shower Curtain Bar - Stainless Steel
Top notch quality telescopic shower bar, extendable and made to measure up to 180cm (72") -Made in Germany-
From 160.00€

What is the best shower curtain rail dimension?

In the example of a shower tray of a shower at ground level 120x120cm, tiled with a gradient of 1-2%, the side length of the shower curtain rod should be a maximum of 115x115cm. Take into account that the shower curtain hangs slightly wavy and a larger area must be covered than if it hangs smooth as in the ideal case.

What size needs a walk in shower at floor level?

If you still have influence on the bathroom planning, we recommend that you tile the shower drain as large as possible or install the largest shower floor element you can accommodate in the bathroom. It is best to tile the entire bathroom with a slope that allows the water to be collected in a controlled manner and drained safely. It does not matter whether a point drain or wall drain is used. Since you don't stand ankle-high in the water with very shallow shower trays, you won't notice a blocked drain as quickly as the water finds its way under the carpet, furniture, door and adjoining rooms. 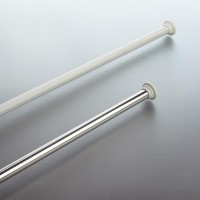 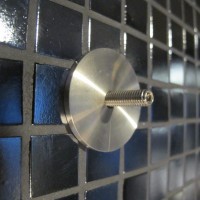 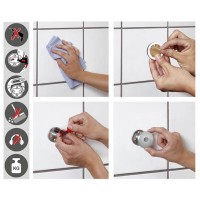 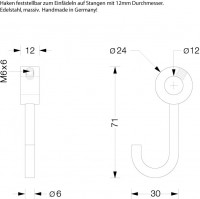 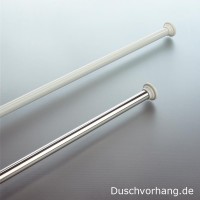