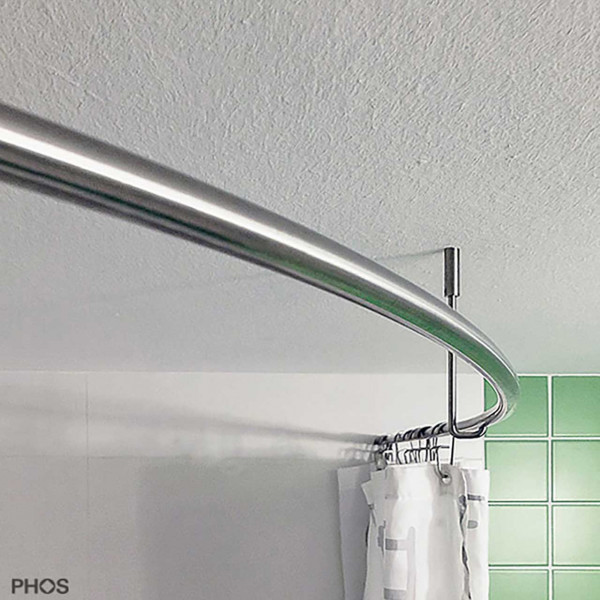 Crescend curved shower curtain rail. Individual sizes made to measure. For more space in the shower! -Made in Germany-
380.00€

Notes on the installation of curved shower rod

Each shower curtain rod is made as a custom-made product and cannot be exchanged! In the online shop we offer the curved shower rod in 6 lengths (X) and a segment height (Y) of 20cm and two different surfaces. Let us know your individual custom-made request and we will offer a proposal. The tolerance to the width of the niche is about 1cm. The ceiling support can also be adjusted by 1cm with a clamping screw. The ceiling hanger can be shortened with a hacksaw. The length of the rod does not! Individual special measures of length, segment height and individual shapes we do after consultation!

Delivery incl. mounting material, 2 flexible wall brackets and a ceiling holder of 40cm length, which is hold in the middle of the rod.

If you have any further questions, please do not hesitate to contact us.