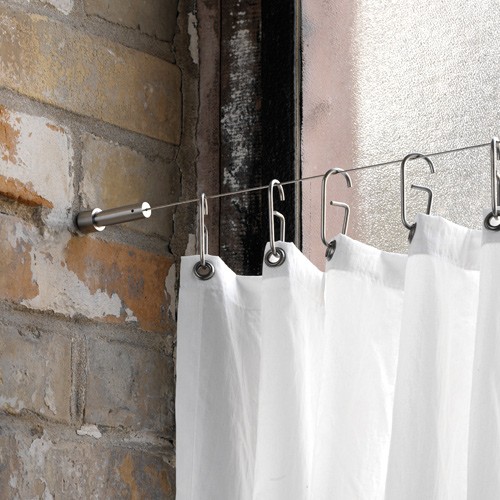 Exclusive and adjustable shower curtain steel wire holder. Vertical to the wall. Including 5m stainless steel cable. -Made in Germany-
68.00€

Basically, the shower curtain wire is a flexible solution and helps to bridge large distances, where otherwise it is difficult to fix shower curtains with a shower rod.

A cover rosette as a disc under the base increases stability when the pulling direction of the shower curtain rope acts diagonally on the base.