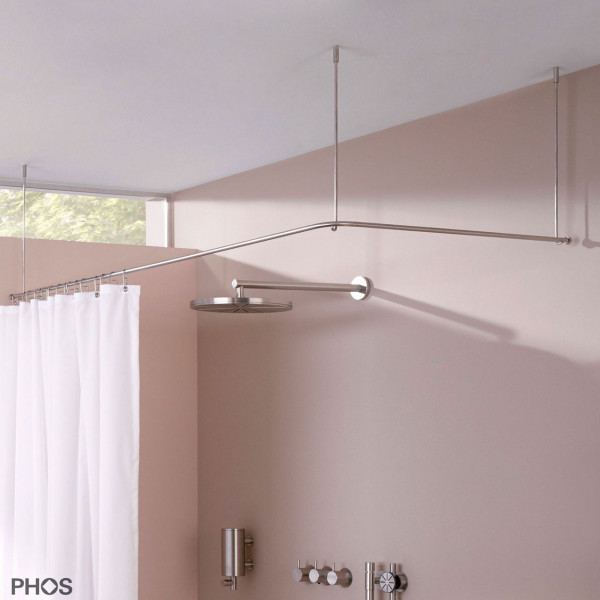 Large selection of L shaped wall mount and ceiling hold shower curtain rods for walk in shower corners and bathtubs. -Made in Germany-
224.00€

Our conclusion: Here you will find the best shower curtain rails which are currently available! Every single part is well thought-out and precisely handmade. After the production by hand, the surfaces are either sanded with a matt shimmer or polished to a high gloss. Stainless steel is the best material for shower curtain rails and first choice if you are looking for an uncomplicated but efficient hygienic measure, which harmonizes perfectly as shower curtain holder.

Due to the size of the shower curtain rod, delivery to a packing station is not possible!

If you have any further questions, please contact us. 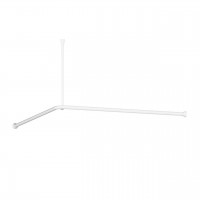